The Making of the Vanellope Wig


So I promised to explain in detail my Vanellope process an here it is! For Vanellope’s wig there are a lot of things to say before I get to business. First off, you CAN NOT just buy a wig and put in in a ponytail. Most wigs are thin and the wefts will show badly. The effect you’ll get will look really fake and really bad. You’ll be able to see your wig cap and real hair, because a wig in a ponytail doesn’t cover that well. There definitely are methods to style a wig by putting a wig in a ponytail and I’ll explain one really good way that I found, or at least good for Vanellope. This method won’t work every time unless you manually sew a headband wig, which is really hard. You’ll usually be able to use this method for natural colors like black, brown, or blonde. For the Vanellope wig, I used wigs I already had, but not one’s hard to acquire. For the base, I use a solid black short COSPLAY wig. (Cosplay wig fibers are a lot different than one’s on wigs you’ll find at your local beauty supply store. The fibers are actually made for styling and look a lot better, especially for animated characters.) You can easily purchase a cheap one of eBay, but mine came with a Zatsune wig. For her actual ponytail I use what’s called a headband wig or a ¾ wig. I purchase that from eBay for about $5. It’s not a full wig, so don’t think you can get away with just using that. I placed the headband wig on the base and positioned it were I wanted it. Then I put bobby pins in the wigs, going in TOWARDS the front (so the closed end was on the back of the head). This will keep the wigs from coming apart and sliding off your head. Then I pulled the wig into a tight ponytail. Sounds pretty simple, right? It’s a lot harder than you think. You have to pull the short wig into the longer hair, while keeping your wig head stable. You’ll definitely need someone to hold it for you, or style it on someone else’s head.  When you do, try and leave shorts strands down at the ends to cover any wefts. The headband wig will not extend across the entire headband, so you’ll need to smooth the hair together as much as possible. You’ll then pull back any strays into the wave of the hair, to look like it’s naturally transitioning into the ponytail. Spray the hairs LIGHTLY down with some Got2b freeze spray (or regular hairspray). Dry the spray with a blow-dryer on a low setting. Bobby pin any funky looking hairs back into the ponytail and you should have a nice finish.  Lightly tease the hair close to your hair tie to create a bigger, more animated look. And that should be it! Now you have natural looking ponytail! 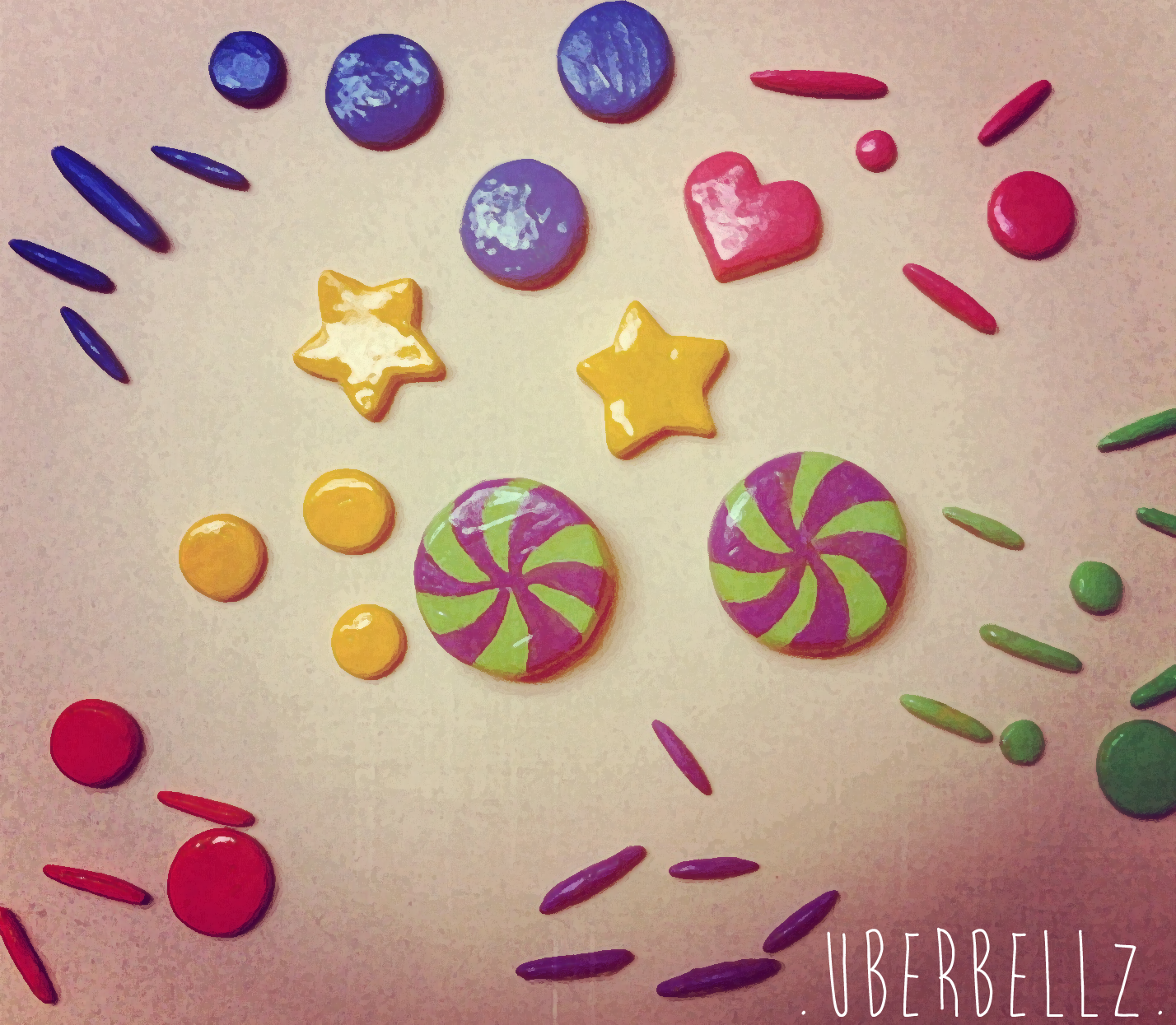 At first, it’s easy to think you can just glue beads to a booby pin any work it into the wig, but after many trial and error attempts, that just didn’t look right. So we decided to make the EXACT candies in her hair, since I’m a perfectionist. The candies I made for Vanellope’s hair required a lot of reference pictures, since I really wanted to get them just right. I counted each sprinkle and candy and how many of each color I needed. Then I used Sculpy oven bake clay to mold them all by hand. Be sure not to make them too big or small. You don’t need to buy a bunch of different colors of clay either. I just used yellow and then painted them to match hers with acrylic paint. After baking the candies, I put them in the freezer for a faster hardening effect. 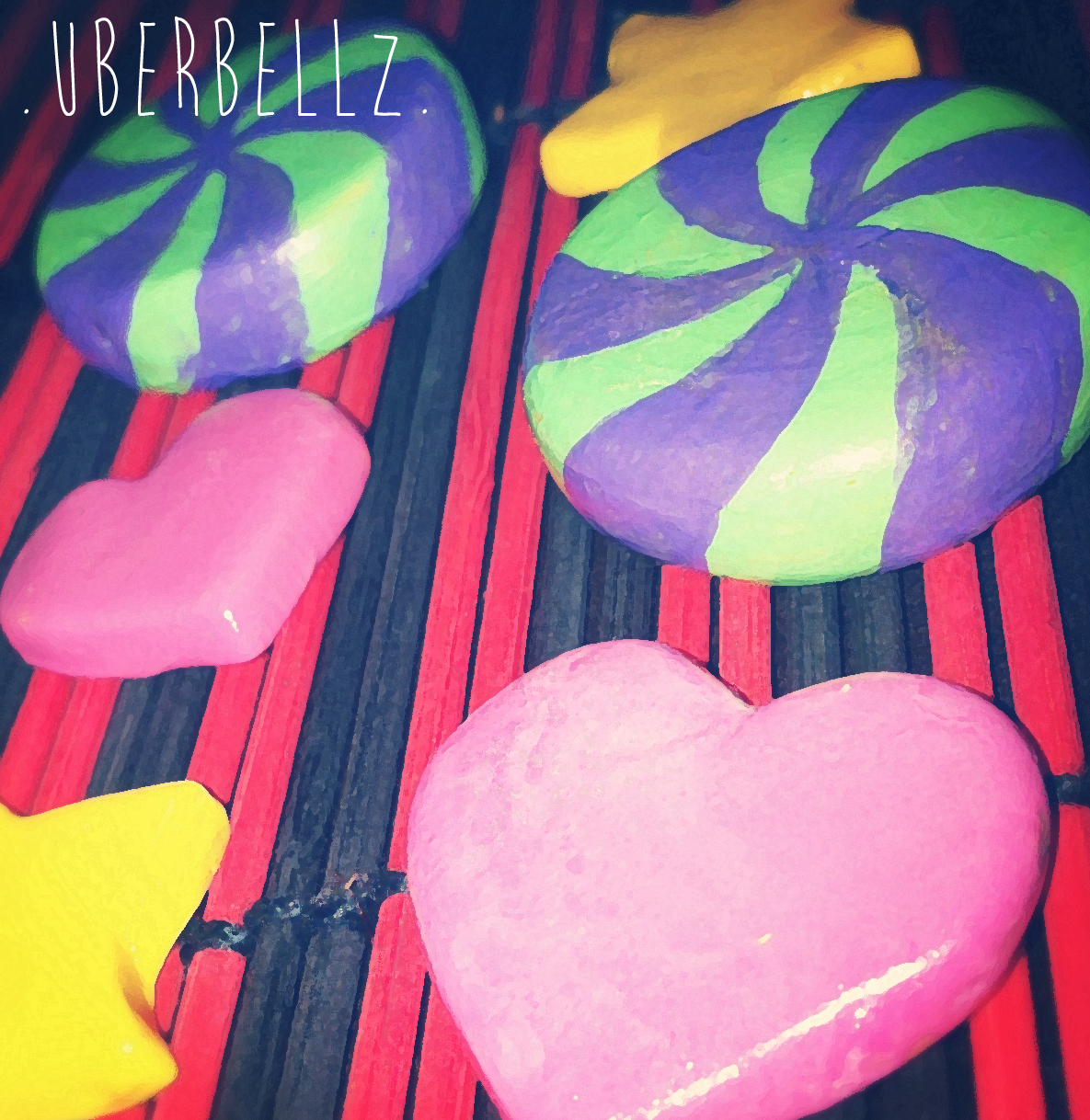 Then I hand painted each one (or more like most of the work was done by my Felix cosplayer helping me) and obviously let them dry. After that, I used a crystal enamel paint to coat the candies. This gave them a very shiny and plastic looking effect, almost like real candies. After that, I glued the candies to bobby pins, almost individually, because her candy is quite spaced out. Then I placed them into the wig, hiding the pin in her hair.

I've seen some people use real candies, which we had to do with the gummy bears. Just be sure to coat them in plastic so they don't stick to your wig. And get candies proportionate to the wig. Her sprinkles are really big. Unless you know of some sprinkle shaped candies, you might have to use clay. 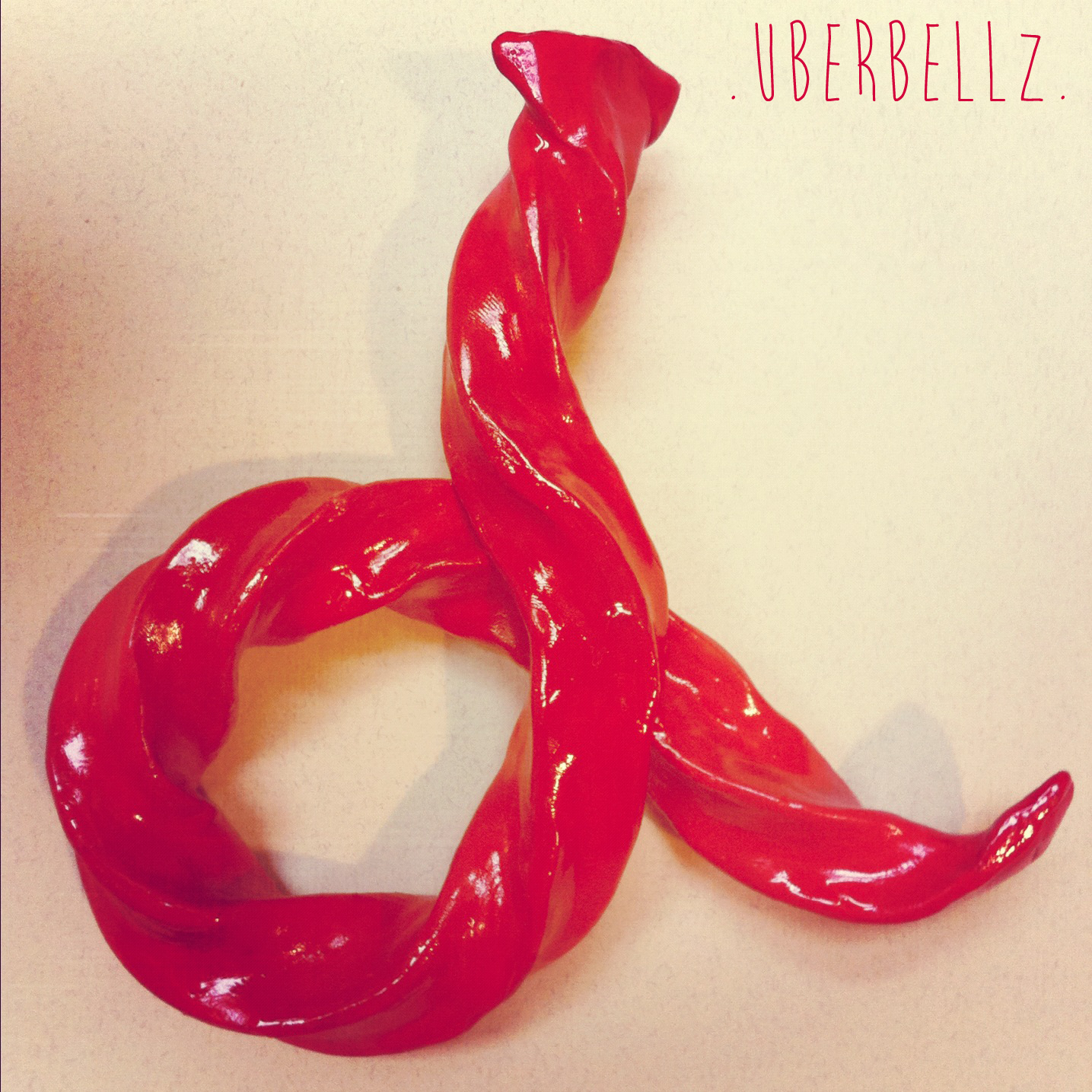 We considered almost everything when it came to the Twizzler in Vanellope’s hair from an actual jumbo Twizzler to a rope. But nothing was thick or light enough. In the end, we fell back to clay. We were afraid it’d be too heavy, but it ended up being actually pretty light. We rolled out a coil of Sculpy oven bake clay, and then pressed it to make a square shape, and the pushed in the center to appear more like an anime sparkle (that’s honestly the best way I can describe it with no pictures to show you). Then we twisted the clay rope until we had the desire amount of spirals and pressed the ends down and left the clay for a few hours. This is necessary for the clay to take the Twizzler shape and not unspiral (that’s not even a word).  After we were sure of its shape, we took the clay and wrapped it around the ponytail for size. Remember, you have to get it on the wig with it being hard clay, so make it a little lose. Vanellope’s Twizzler isn’t tied, so we styled like hers with lots of reference pictures, again. We pressed the ends flat and then baked the clay. Afterwards, we mix paint to get a nice licorice pinkish red color and coated it a few times. Essentially, it was the same process as the candies.  We sprayed the plastic coat over the painted clay Twizzler, and it was done! You might need to glue bobby pins to it to stick to your wig well enough, but it should fit on right if you measured properly.

I'll update with the making of my cousin's Fix It Felix Jr cosplay! We just finished :> And then maybe some on Wreck-It-Ralph.

Posted by uberBellz at 6:59 PM

uberBellz
Mew~ My name is Ash, but my blog is Schneewittchen (which is German for Snow White) and there is way to much about me to type~